What’s Next for Photo Editing Software and Computer Hardware 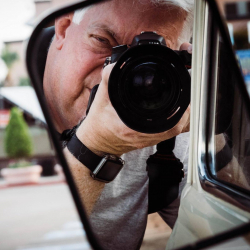 At our lunch and learn at Becks Prime in July, we discussed two main topics – what’s next for some of the major photo editing software programs, and what to to consider when it comes time to update your computer hardware.

First…..here’s what some of the major photo editing software developers up to.

Adobe
Adobe has already announced Adobe MAX for October 18-20. So we know that there will be added features to Lightroom Classic, Lightroom, Photoshop and the other Creative Cloud applications.

However, Adobe hasn’t publicly announced what new features are coming. I might know, but….I’m under a NDA.

Adobe MAX is both in person and online. Joining in and watching online is free. So, be sure to sign up and at least watch the keynote.

ON1
ON1 has started teasing what they’re adding to the next version of of ON1 Photo RAW/ON! Effects. The first two teaser videos are about updates to masking. They call it “semantic masking”. Using AI, their software identifies various regions and objects of a photo (similar to Adobe’s Sensei), which allows you to make edits to a specific object, person, etc.

Skylum
Skylum (based in Kyiv, Ukraine) has released an updated version of Luminar Noe that supports what they call “extensions”. The first one released was HDR Merge (replacing Aurora HDR). The next extension to be released later this month is Noiseless AI. Skylum has also committed to five more extensions before the end of the year. Skylum has gone to both an annual subscription model – where you’ll get the latest version and any added extensions, plus the option for a perpetual license option for just the current version.

It’s a given – every year that Adobe updates Lightroom Classic, Photoshop and the other Creative Cloud apps, the recommended hardware requirements will probably increase.

If your looking to get a new computer, here are a few tips we discussed

Charles Putnam
Originally from Southern California, my interest in photography first started with a Minolta SRT-101 (back then, we used this stuff called "film").I quickly realized that photography was something he really enjoyed.

I began to expand my understanding of the photographic process during my college days at Pierce College.

With the move to digital photography, the challenge is to keep up to date with the latest tools, techniques and software.

My day job is Manager, Corporate Risk and Insurance at Methodist Hospital where I've been since June of 2007.

We are a friendly group of camera enthusiasts!  Our events include Photowalks, classes, and trips.  Anyone with a camera is welcome, no specific gear requirements.

Find out more »
Please note, required FTC Legal Disclaimer: HoustonPhotowalks uses affiliate marketing and advertising to generate revenue for our budget and the organizers who run the group. This money is used to pay Meetup.com fees, website hosting fees, classroom fees, teaching fees, donations to museums and venues, provide bottles of water when possible, compensate organizers for their time, etc. When you click links, the HoustonPhotowalks organization may receive a fee when you purchase a product or service.